The Oculus Rift S is a tethered VR headset designed to work with a PC, offering the same functions as the original Rift while streamlining and improving several things. It features a per eye, 1,280-by-1,440 resolution with an 80Hz refresh rate, and uses your PC for processing. This means that the Rift S handles impressive graphics that wouldn't necessarily work on a standalone headset. It connects to PCs via DisplayPort (not HDMI), so some gaming laptops are incompatible with the headset.

The Oculus Quest 2 is a standalone headset that runs on the Android platform. Like the Rift S, it uses cameras to provide 6DOF motion tracking, and it uses similar Touch controllers. It features a Qualcomm Snapdragon 865 processor and a per eye, 1,832-by-1,920 resolution, with a refresh rate of up to 90Hz. It can connect to your PC using a $79 accessory USB-C cable, and function as a tethered headset just like the Rift S. The tethered functionality arguably renders the Rift S obsolete. In fact, Oculus feels the same way.Winner: Oculus Quest 2

Oculus is phasing out the Rift S and focusing entirely on the Quest platform going forward. You can still buy a Rift S, but you'll be unable to do so sometime next year. Oculus is putting all of its energy toward standalone VR headsets that, thanks to the Oculus Link cable, can also function like PC-tethered headsets for PC-based VR games.

With that in mind, even before looking at the differences between the headsets, we recommend the Quest 2 over the Rift S, because that's what Oculus will be developing from now on. 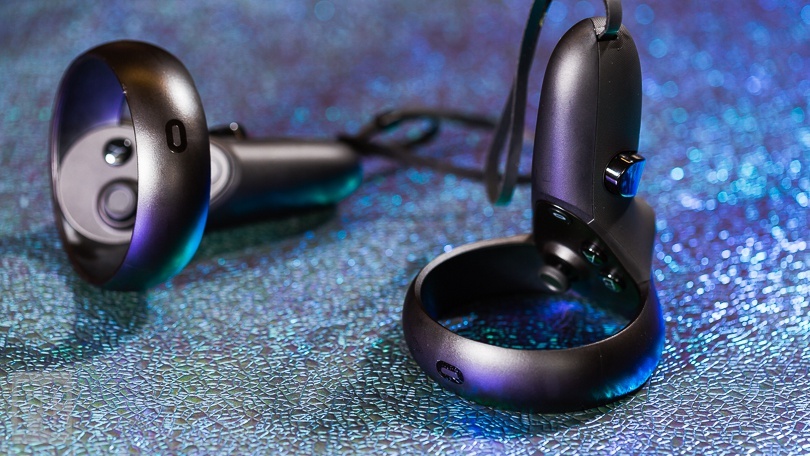 Since the Quest 2 and the Rift S have 6DOF motion tracking and use very similar Oculus Touch controllers, they can offer experiences that feel the same, even if they don't look the same.

6DOF motion tracking means the system can follow both your orientation (the direction you're facing) and your position (where you're physically located). The term comes from the number of individual measurements used: three measurements for orientation (pitch, yaw, and roll), and three measurements for position (up/down, left/right, and forward/backward). 3DOF headsets and controllers like the Oculus Go only track orientation, while the Quest and Rift S can track it all. That makes a huge difference in VR, because it means you can function in a three-dimensional space, moving around and reaching out to manipulate your surroundings. With 3DOF, you can only point.

Each controller has an analog stick, two face buttons, a menu button, and two triggers that rest under your index and middle fingers. The analog sticks and buttons cover conventional video game-like controls, while the triggers and motion tracking cover virtually pointing and gripping with hands. They work very well on both headsets.

Both headsets also use the same improved Guardian system to keep track of your play area. The original Rift requires physically dragging a controller around your room, in view of both external sensors, to determine where you can safely use VR. The Quest 2 and Rift S turn on their outward-facing monochrome cameras and let you paint the boundaries of your play area by pointing at the floor with a controller and treating it like a laser pointer. The camera-based Guardian system also recognizes multiple play areas, so you can set up boundaries in different rooms. 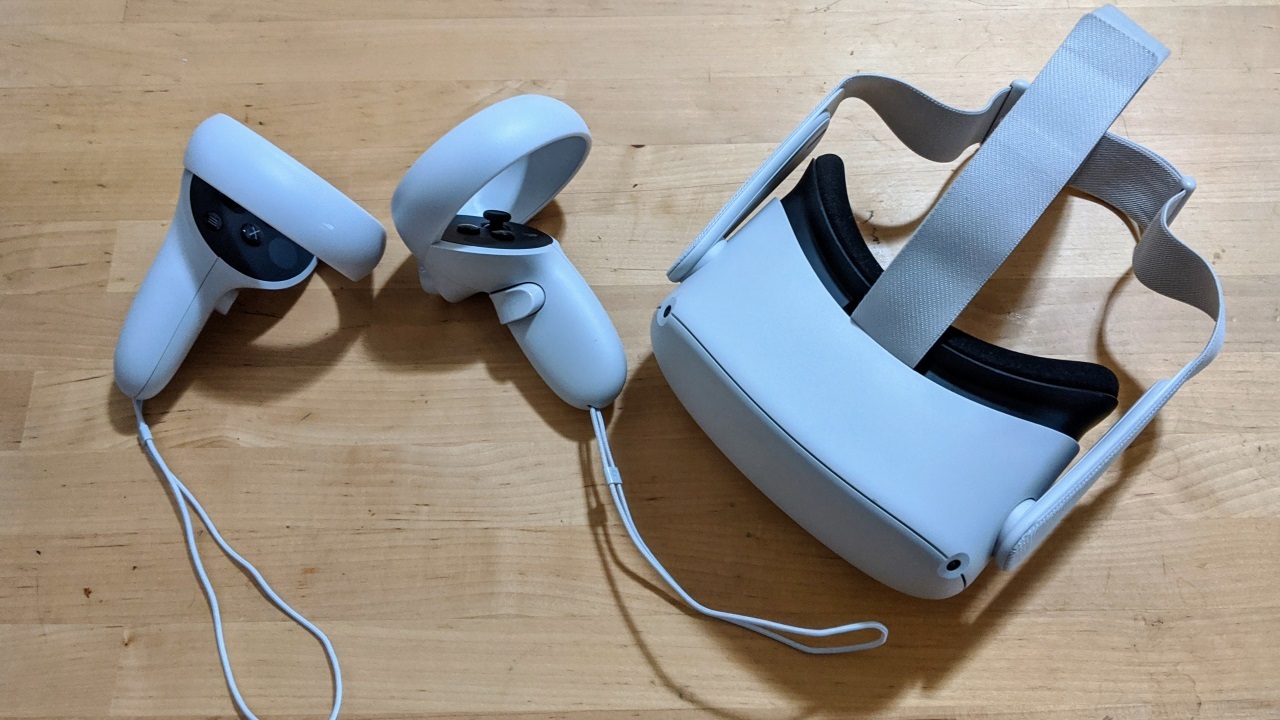 The Oculus Quest 2's biggest advantage is its completely wire-free experience. The headset and controllers don't need any cables to work (except when charging the headset, of course). You can put it on and start playing without wrangling a big wire tethered to a computer. You can play it tethered, though, with the $79 Oculus Link cable.

In terms of the VR experience, the Quest 2 comes very close to the Rift S, but with a much higher resolution (1,832 by 1,920 vs. 1,280 by 1,440). Its Snapdragon 865 processor is powerful enough that you can run plenty of games on the headset itself, like Beat Saber and Superhot VR. The Quest 2 runs into a performance wall when compared to Rift S' PC power, but again, that can be solved by buying an accessory cable. No matter what you use you'll have to deal with a thick, long cable running from the headset to your computer. That's how tethered VR works, and it's still a distinct nuisance. You can use cable management to optimize slack and help prevent you from tripping or pulling anything down, but you're still going to have to handle a big wire over your shoulder. The Rift S also has a lower resolution than the Quest, to boot.

The big benefit of the Rift S is its store. It uses the PC-based Oculus Store, which has had a few years to build up an impressive library of games and apps. There are lots of compelling experiences to try here, including a more feature-complete and potentially moddable version of Beat Saber. If the Oculus Store isn't enough, you can also browse SteamVR for even more games (though be prepared to wrestle with settings to get the two platforms to work with each other). However, with Oculus Link, all of those options are available on the Quest 2, as well.Winner: Tie